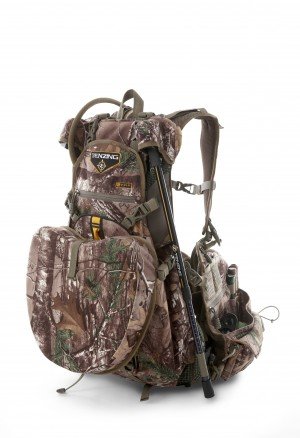 Pro Alex Rutlege reveals his pre-season back of tricks

Most turkey hunters like getting out in the field to patch together the pieces of the puzzle that will help them bag a bird once the redbuds start to bloom.  Serious turkey hunters, however, see scouting as much more than an enjoyable way of shaking off late winter’s cabin fever.  For the folks whose season plans involve numerous hunts in multiple states, scouting is mission critical to getting birds down early so they can move on to the next hunt.

“Success in any hunt comes down to scouting,” says Tenzing Outdoors pro and host of Bloodline TV and Radio, Alex Rutledge.  The Birch Tree, Missouri native’s 30 plus years of workmanlike hunting experience have taught him not only the benefits of pre-season scouting, but also a thing or two about the best ways to go about it.  Rutledge combines old school, boots-to-the-ground scouting principles with today’s technology and gear to create his own success in the turkey woods.

Regardless of how familiar you may be with the property you’ll be hunting, it’s always a good idea to go online and print out an aerial photo.  Better yet, carry this information with you on your phone. “Learn the lay of the land ahead of time and make references in the field by downloading an aerial photo of your hunting property from Google Earth,” says Rutledge, who pays particular attention to fence lines, creeks, swamps, or any other obstacles that might cause a tom to hang up once hunting season begins.  Familiarize yourself with the field edges and woodlots, too.  Try to identify likely roosting areas, feeding areas and strutting zones – then take a drive, but stay in the truck if possible.

In the mixed woodlots and agricultural fields of the Midwest, birds are still feeding on waste grain in the late winter and early spring, and are often visible from the roadways.  Make notes on the number of toms and the total number of birds observed in individual fields, along with the various times you see them.  If possible, follow birds from the road in late afternoon and stick with them long enough to see if you can get a visual on where they go to roost.  Listen for gobbling if you lose sight of them. 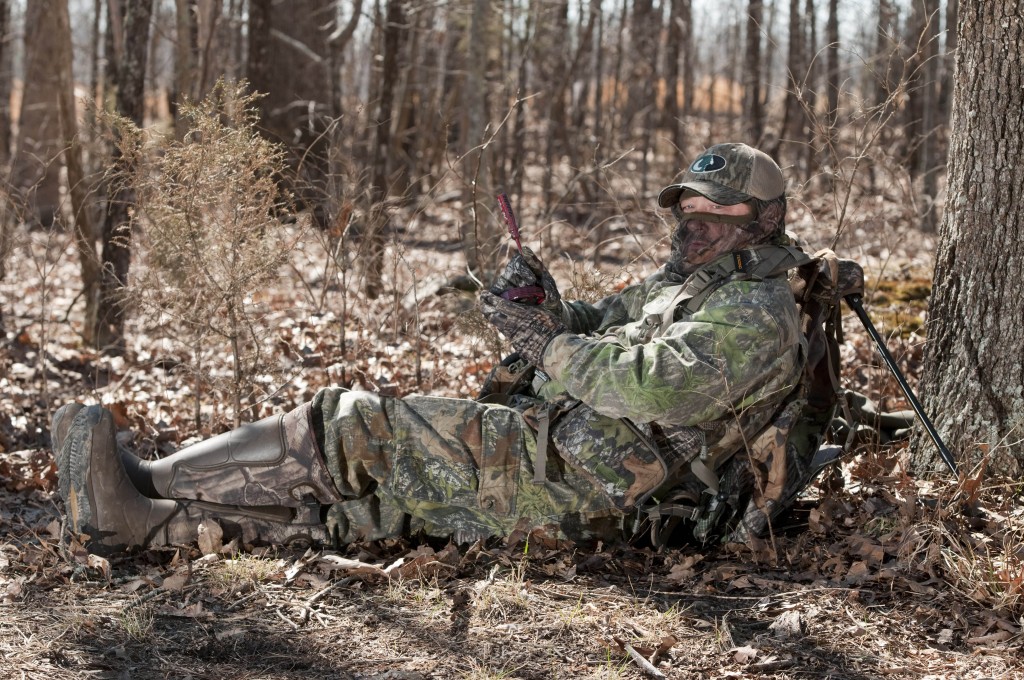 Of course, trail cameras provide another quality source of scouting intel, and may serve as the ideal way to monitor bird movements – especially in the more hilly and densely wooded areas where roadside observation is less viable. Rutledge prefers cameras with high trigger speeds to capture all the action, as well as models which send those images directly to his phone or computer.  He uses his Spypoint trail cameras to keep track of turkeys all year long, placing them on food plots, high clearings and other likely strutting zones. “You need to keep track of the information your cameras are providing if they are going to be of any use to you,” says Rutlege.  “These cameras provide the images and related data remotely, so I never need to risk disturbing the birds,” he continues.

The bag of tricks

Once you have a general understanding of the lay of the land and have observed birds from afar, it’s time to sneak in and take a closer look at those likely roosting, feeding and strutting areas.  Rutledge employs a variety of gear for his ground attack, including everything he needs to remain comfortable and undetected.  “The last thing I want to do while scouting is disturb the birds,” he says, “so I pack my gear so it is accessible with a minimal amount of movement on my part,” he concludes. 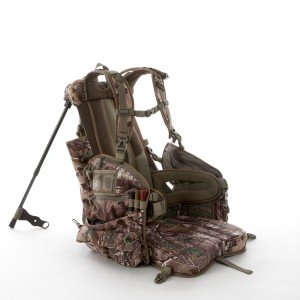 Central to Rutledge’s bag of tricks is the bag itself.  “Tenzing’s TZ TP14 Turkey Pack has plenty of room for my scouting gear, and also doubles as a comfortable hunting chair,” he says, referring to the pack’s integral spring loaded support legs and fold down, padded seat.  “When I glass or attempt to pin down a gobbler’s position with a locator call, I want to remain undetected… that means tucking down in a fencerow, deadfall or some other available cover,” continues Rutledge.  “The TP14 deploys and stows quickly and silently, allowing me to sit quietly for as long as I need and move my base of observation from spot to spot.”  Inside his pack, Rutledge keeps essential scouting items and provisions neat, secure and accessible, including his cell phone, binoculars, snacks, water, first-aid kit, and a variety of locator calls and turkey calls.

Tracks, scratchings feathers, dusting sites and scat are the primary ground signs hunters look for when scouting for high-use turkey areas.  In the early season, Rutledge starts his search along sun-warmed, south facing slopes.  In northern states, these are also the first areas to be clear of snow, furthering their attraction to turkeys.

Scratching are evidenced by the small piles of leaves and grass turkeys make while foraging for food, and Rutledge investigates these sites for the clues they hold regarding turkey movements.  “If the leaves are pulled left to right, it tells me the birds are generally moving to the left.  This kind of information is really helpful when trying to determine general travel patterns,” says Rutlege.

He also investigates to see if hens or toms did the work.  Hens typically leave popcorn-shaped droppings, while larger, “J”-shapeddroppings are left by gobblers.  Feathers provide clues, too, as darker, black-tipped feathers provide additional evidence of toms.  Of course, the tracks themselves will also give toms away.  “The track of a gobbler is an inch of an inch-and-a-half larger than that of a hen,” Rutlege says.

It may be too early to pattern individual birds, but locating toms during the pre-season provides critical information on the number of toms an area holds, along with their general whereabouts. 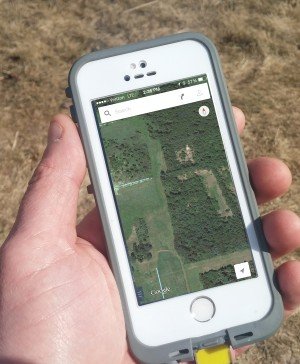 Once Rutledge finds enough ground sign to be confident numbers of birds are actively using an area, he uses an owl or a crow call to solicit shock gobbles from any toms within earshot.  But proceed with caution, he warns.  “The last thing a hunter wants to do is to fire off a locator call in the wide open and have a nearby tom pick him off,” says Rutledge, who makes sure he’s tucked away in his TP14 and out of sight first.  If a tom gobbles back, Rutledge stops calling immediately and makes note of the bird’s apparent location.  “My goal with pre-season calling is to simply mark the birds’ locations, not influence their behavior,” he says.  “If I can shock gobble a tom and then leave him alone, that’s a bird I can work once the season begins.”

Pre-season scouting covers three of Rutlege’s four keys to turkey hunting success:  know your property; assure you have an abundance of game; and have a plan of attack.  “You’re only as successful as the dirt you stand on,” says Rutlege, who uses scouting to help determine whether or not a specific property is even worthy of hunting.  “If it is,” he says, “that same scouting effort will help you put together a game plan for opening day, and a backup if that game plan falls through.”