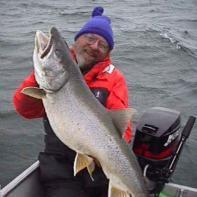 It is killing me to be stuck down here in Texas when I want to be fishing humps on the Canada side of Rainy for battling Bronzebacks. Late fall has always been my most productive time on Rainy but ain

G I Mike, we came back up to the the cabin yesterday afternoon and did some shallow water trolling in the evening. That bite is really starting to take off. Kinda what I figured, just needed a couple