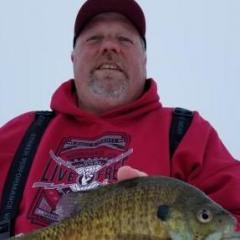 A quick report for Cass Lake.  Perch bite has been really good once you find the fish.  We found plenty of nice ones in the flats  especially in areas with some roll to the bottom.  We found concentra

Well we just finished our annual fall trip on Cass Lake over MEA.  Water temps hung around 48-50 degrees.  Walleye fishing was tough as we often could visually see them swimming up shallow at night bu

Fished the southside of pike bay yesterday in 14' of water. Took the kids out and fished from 1 until 5, about as long as they could hang lol They took turns hauling in perch, nothing huge but the big