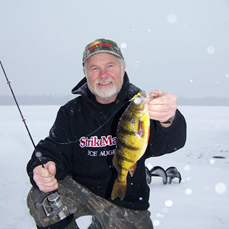 Being in the fishing game as long as I have, a slight bit of common sense seems to take over every once in a while, certainly a whole lot more than it did when younger.

A “two group” Ontario lake trout outing got me to thinking about this.Planned a month in advance, there would be eight of us. I use the word “us” loosely, as Blake and I weren’t planning on making the trip, as we were penciled in to help with the annual “No Child Left Inside” program, put on by the Nashwauk-Keewatin school district. Scheduled for a Friday, it would be the same day the trout outing would get underway on Lake Manitou. I thought about running up there late Friday or early Saturday but came to my senses after watching the weather forecast.

A major storm would be heading our way. And it did. So much, in fact, that the elementary children of N-K will have to wait until another date when weather would be much better, as the event was postponed.

Two of our group, both residing in Ft. Frances, had bad lake trout trip feelings of their own, as the snow was piling up in a hurry and howling winds just seemed to pick up speed. It would be no good, not when you have a fairly long snowmobile ride looking you in the face and then had to travel in two feet of snow looking for fish. It just wasn’t worth the time and money. I can see the excitement in getting up there, especially if you’ve never did the lake trout through the ice thing before but I have, as well as Blake. We’ve got more trout trips under our belt that it wasn’t anything special for us.

We’d wait for better weather, if we even went at all. The rest of our dedicated group finally agreed to play it safe.

The other group? Well that was a different story.Wanting to prove a point, they headed to Lake of the Woods instead, where they were greeted with poor fishing (another reason we decided to stay put) and an equipment breakdown. Switching gears, they headed back south, stopping at another lake to catch a few crappies and perch. They made it happen and I’ll give them credit.

I used to be the same way, summer and winter. If Mother Nature showed her hand I’d defy her and go headlong into the teeth of the best she could dish out. Sometimes I’d win out but rarely.Like the time I tried an ice fishing guide trip on Big Winnie when Minnesota registered it’s all time low.

I tried talking my clients out of going but they insisted. Always wanting to please the customer, I threw caution to the wind, like I usually did, and headed toward the big lake until all of the antifreeze blew out of the truck.

Or how about the time we went crappie fishing on the Ontario portion of Rainy Lake, leaving home at 3:30 am and 30 below. Well, that had trouble written all over it but the lure of big slab crappies had us in a frenzy.

Never did we think about possible consequences. We ended up getting stuck in slush and breaking down on the lake, miles from shore. It took all day just to button things up and get off the lake in one piece.

We had to go back Christmas Eve day to retrieve all of our equipment with a snowmobile that would run.I could go on and on about some very serious youthful miscalculations but that has a tendency to happen when you’re younger and/or inexperienced. Nowadays, I sit back and think things through, a little anyways.

Take last weekend for example. Remember that wind? How could you forget. I headed west, with all of my fishing gear but deep down I knew I was just going for a little Saturday afternoon joyride. I ended up visiting a resort for a bit and planned on driving my truck out on the lake but it was blowing so hard they weren’t allowing any vehicle traffic. As a matter-of-fact, they weren’t even plowing, not until the winds subsided.

I went for another little cruise the next day but brought my snowmobile along this time. Once at the lake, I looked things over and decided better. The wind was still howling and it got a hold of my truck door as I opened it, almost ripping it off the hinges. Nope, not going. It was basically just another ride to get out of the house and to enjoy a pizza. Just something to do I guess.

Next week? Well, I’ll tell ya. I’m beginning to feel like a caged animal, not being able to fish last weekend and the forecast has some miserable, sub-zero weather in store for us once again. I do promise to use some common sense, a little anyway.